I've always enjoyed a good looking Neapolitan pizza. You know, the ones with the puffy, slightly burned crust. I have probably baked dozens of them during the last couple of years, but only recently did I become satisfied enough with my recipe to feel comfortable sharing it.

I don't think you need a professional oven, a dough mixer or a pizza stone to get nice results. Hear me out: I'm not saying you don't need any of these, but you certainly can do without and still enjoy a delicious slice.

This is what I use for this recipe:

When it comes to the flour, the traditional flour is called Double zero (00) flour. This means that it's ground extremely fine. It's usually found in specialized Italian shops.

What's important to note here is that a flour is characterized by several things:

Pizza dough needs a high amount of gluten in the flour (14% is recommended) to develop its elasticity, and you can have 00 flour with a very low amount of protein (think cake flour), which will probably give you disappointing results.

I've never managed to find 00 pizza flour close to my place, but I found a good organic T65 flour (French T65 flours are commonly used in bread making) with 12% of protein which gives good results.

The first thing we're going to make is a petit levain: a mix of water, flour and yeast aiming at gently activating the yeast coming out of your fridge of freezer.

Mix 50g of flour, 100mL and the yeast. Stir with a wooden spoon, as the yeast isn't too fond of metal.

Mix the rest of the flour and water with the salt, and let it rest for half and hour, for an autolysis phase. During that phase, the water will get fully absorbed by the flour, which will make it easier to work with. The water will also start to degrade the flour into simpler sugars that will be more easily digested by the yeast when we add it, increasing the yeast activity.

In theory, we should add the salt after the autolysis process, but as I use kosher salt, I find it easier to add it at this step rather than working it into the dough afterwards.

After having waited a good half-hour, incorporate the petit levain with the mix of flour, salt and water, by using your dough scraper. It's ok if there is a bit of flour left in the bowl, it will get absorbed during the kneading. Wait for 10, 15 minutes. 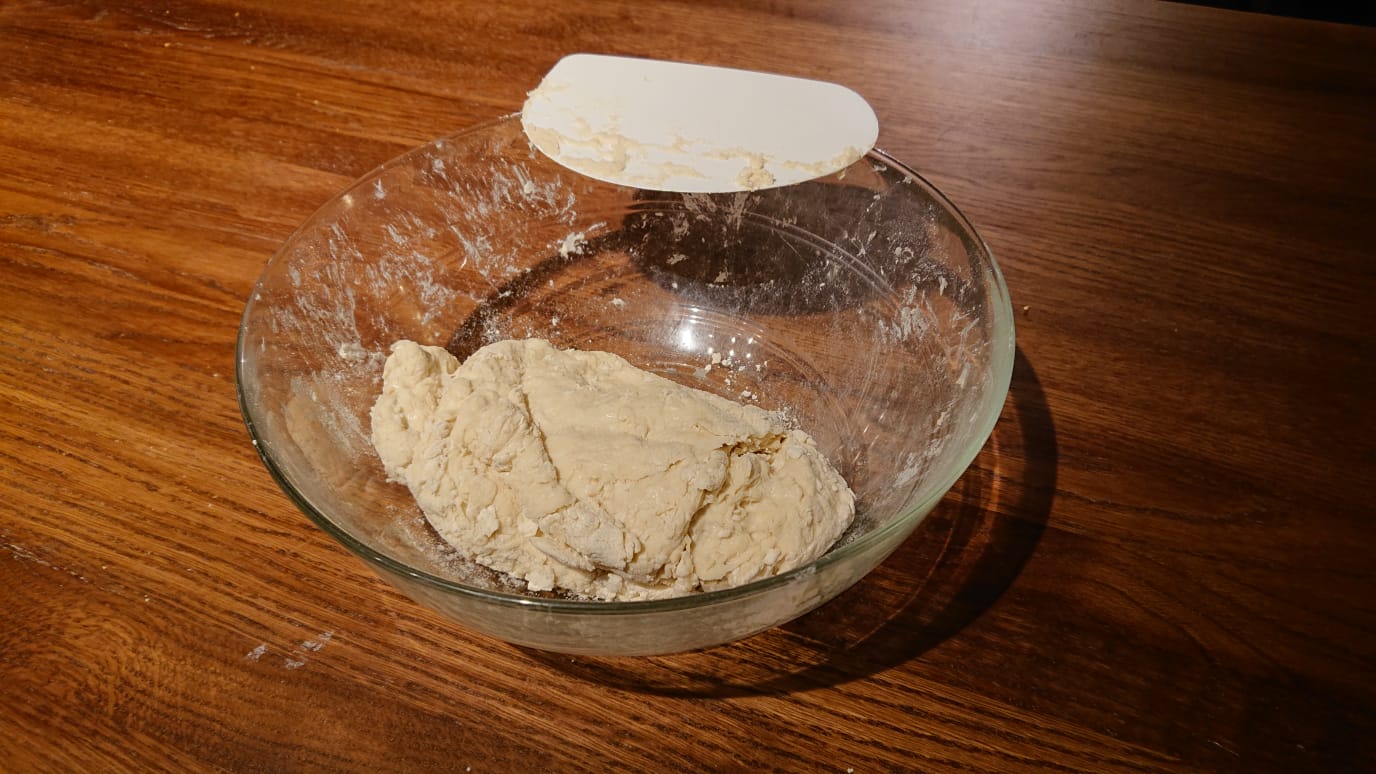 Pop the dough on your table (add a little bit of flour on the table if there isn't any left in the bowl), and knead it for about 10 minutes. Feel free to stop when the dough is pretty smooth and supple. 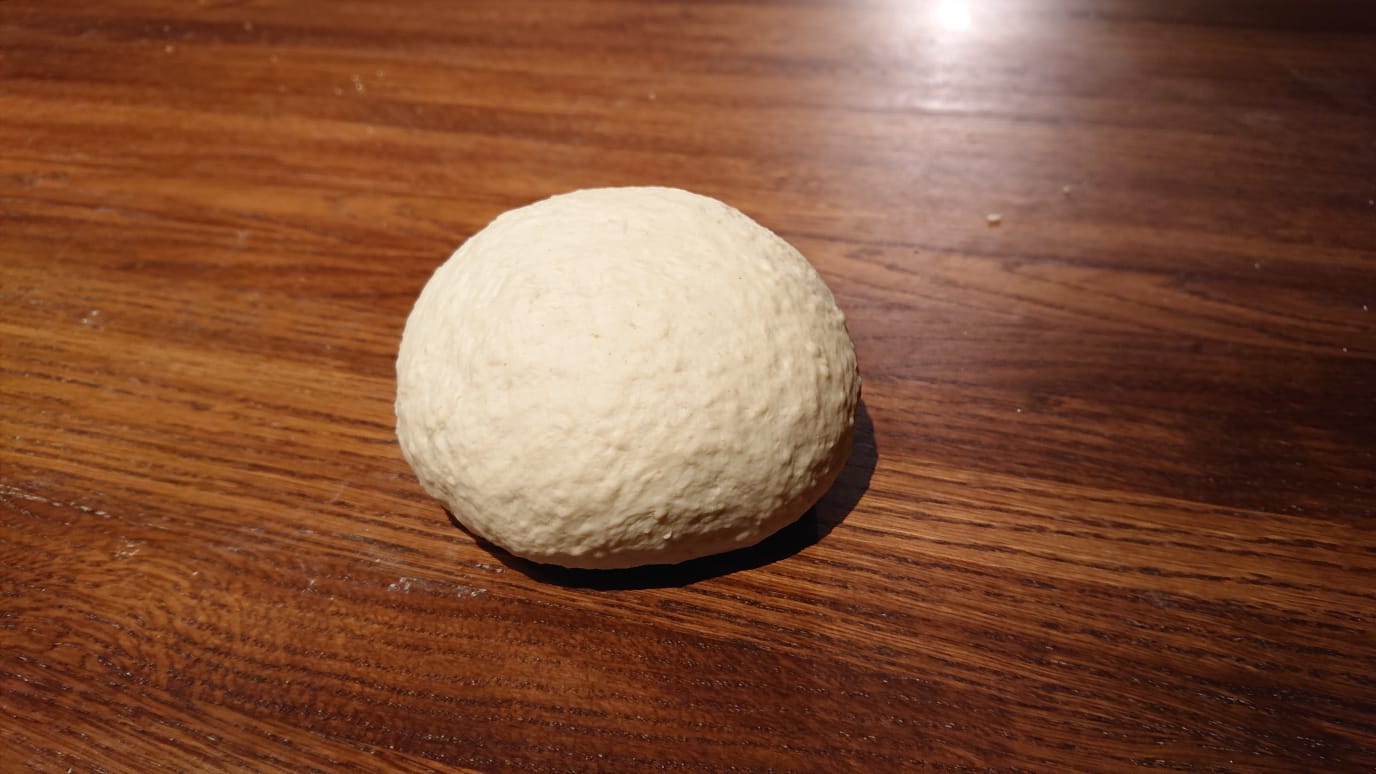 Put the dough in a closed container, and put it to rest in the fridge for 48 to 72h. Yep, you read that right. If you're thinking "I am my own person, I do what I want, and I want to eat that pizza tonight", sure, let the dough rest for about 2h on your kitchen counter instead, under a damp towel.

Letting your dough rest for a long time will give it time to ferment and develop flavors and aromas. Trust me, it will smell fantastic when you open the container.

Take the container of the fridge about 6h (if you can) before cooking time, and divide it into 2 even parts.

Letting the dough out early will give it time to "relax" and will make it easier to stretch. 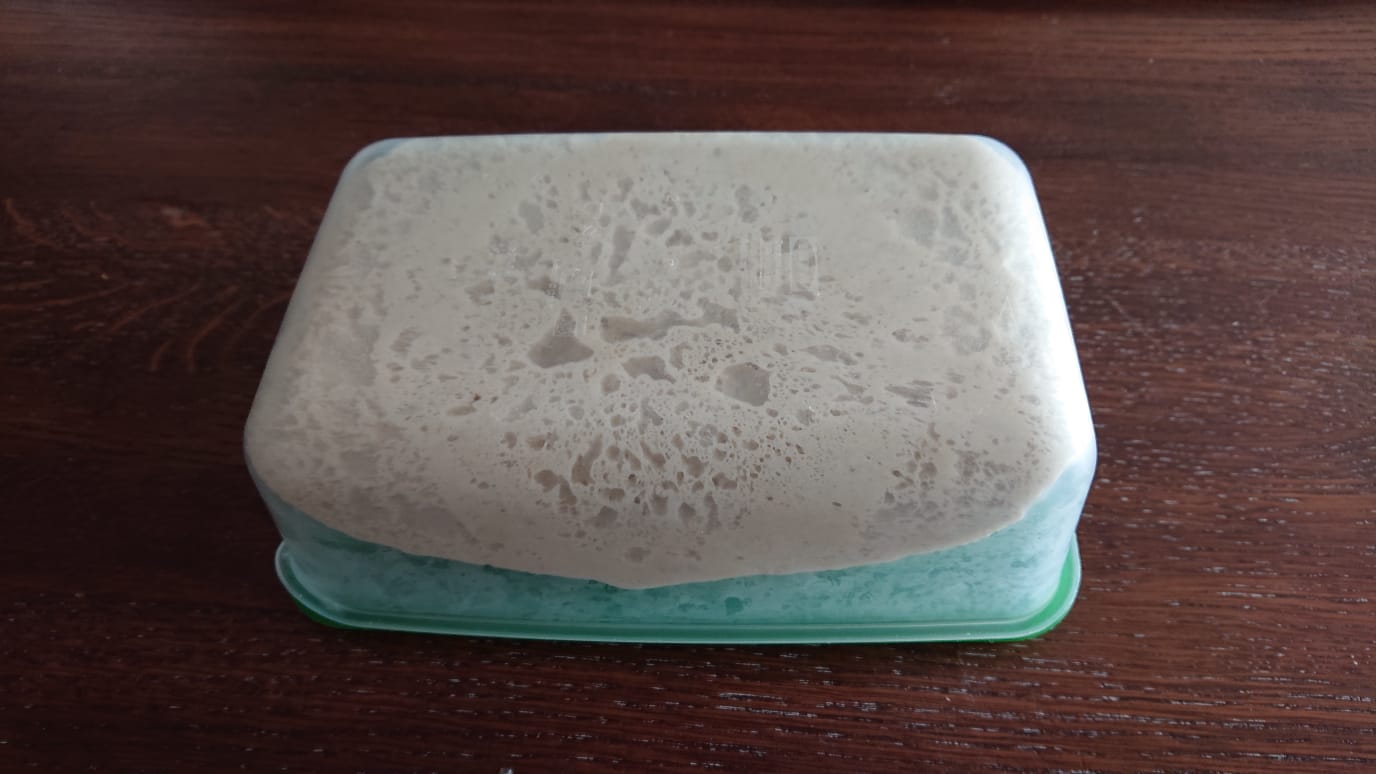 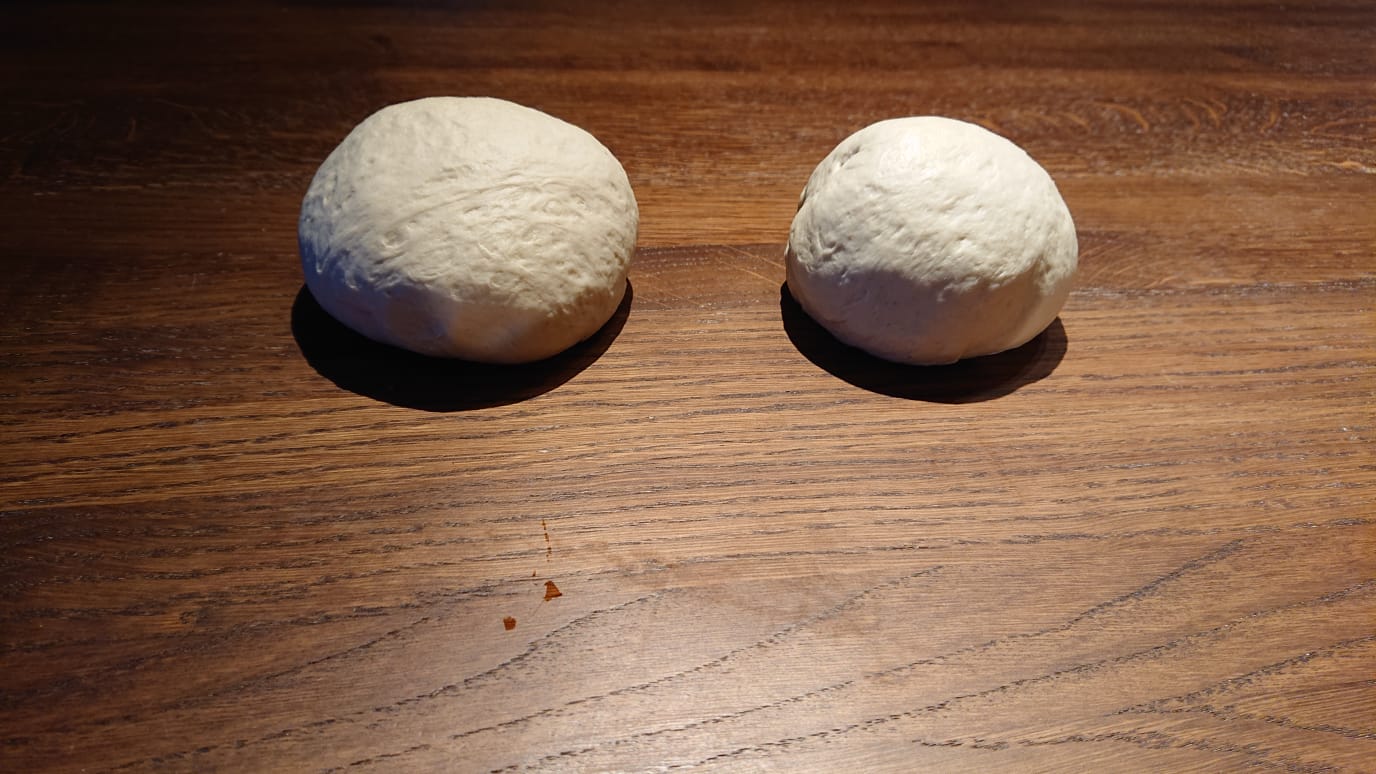 Shape each half into a nice stretched ball, and put them in a closed container until you start cooking (or put the second one in the fridge if you're only planning to make one).

When stretching your dough, you want to make sure to never use a rolling pin, and never touch the outside rim, otherwise you'll chase the air out and the crust won't expand as much as we'd want. I learned a ton from that super short video, which really helped me getting that Neapolitan look I wanted. 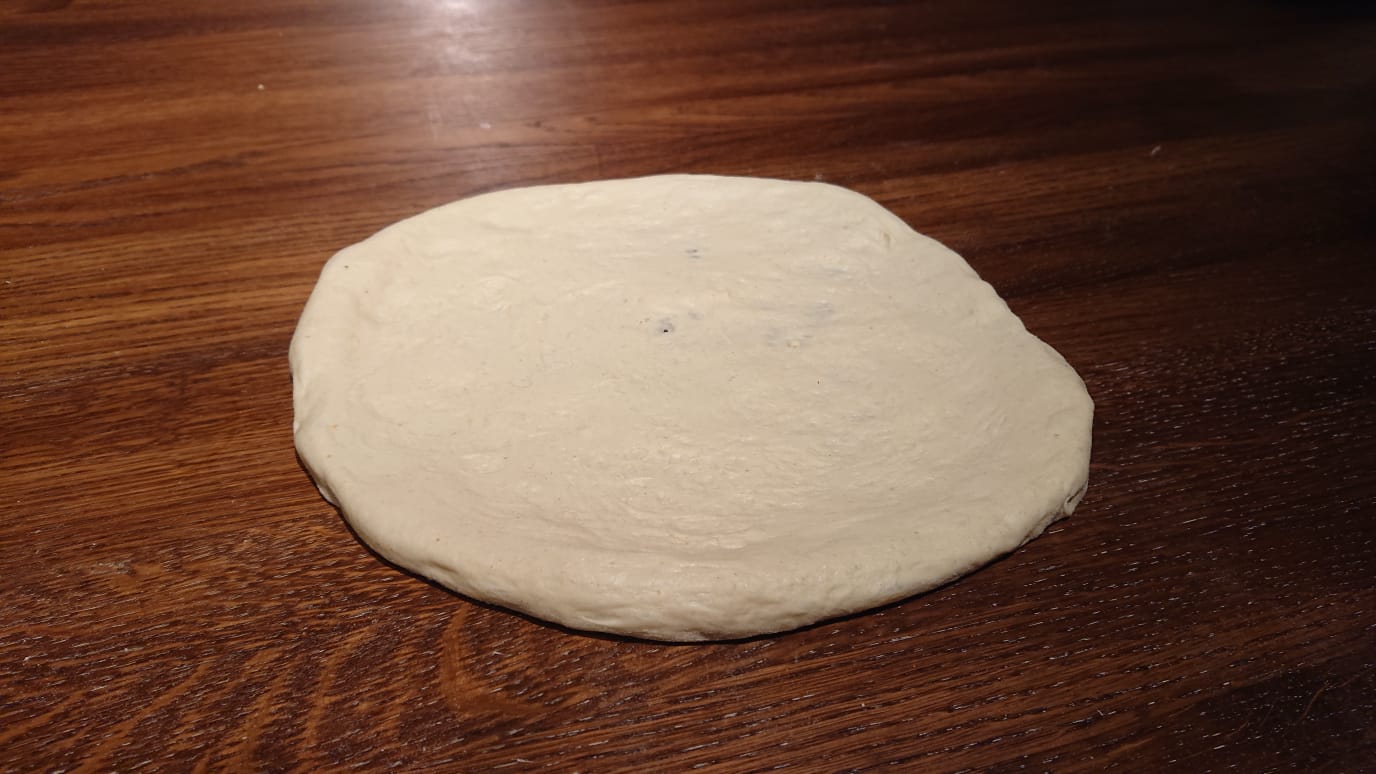 Sprinkle flour on your pizza tray, and pop the dough on it.

First off, add some tomato sauce. One important thing is to avoid putting too much, which would dampen the dough and make the pizza quite watery. I usually use 2 big spoons of sauce, and spread it in circles, starting from the center. Make sure to avoid touching the outside rim. 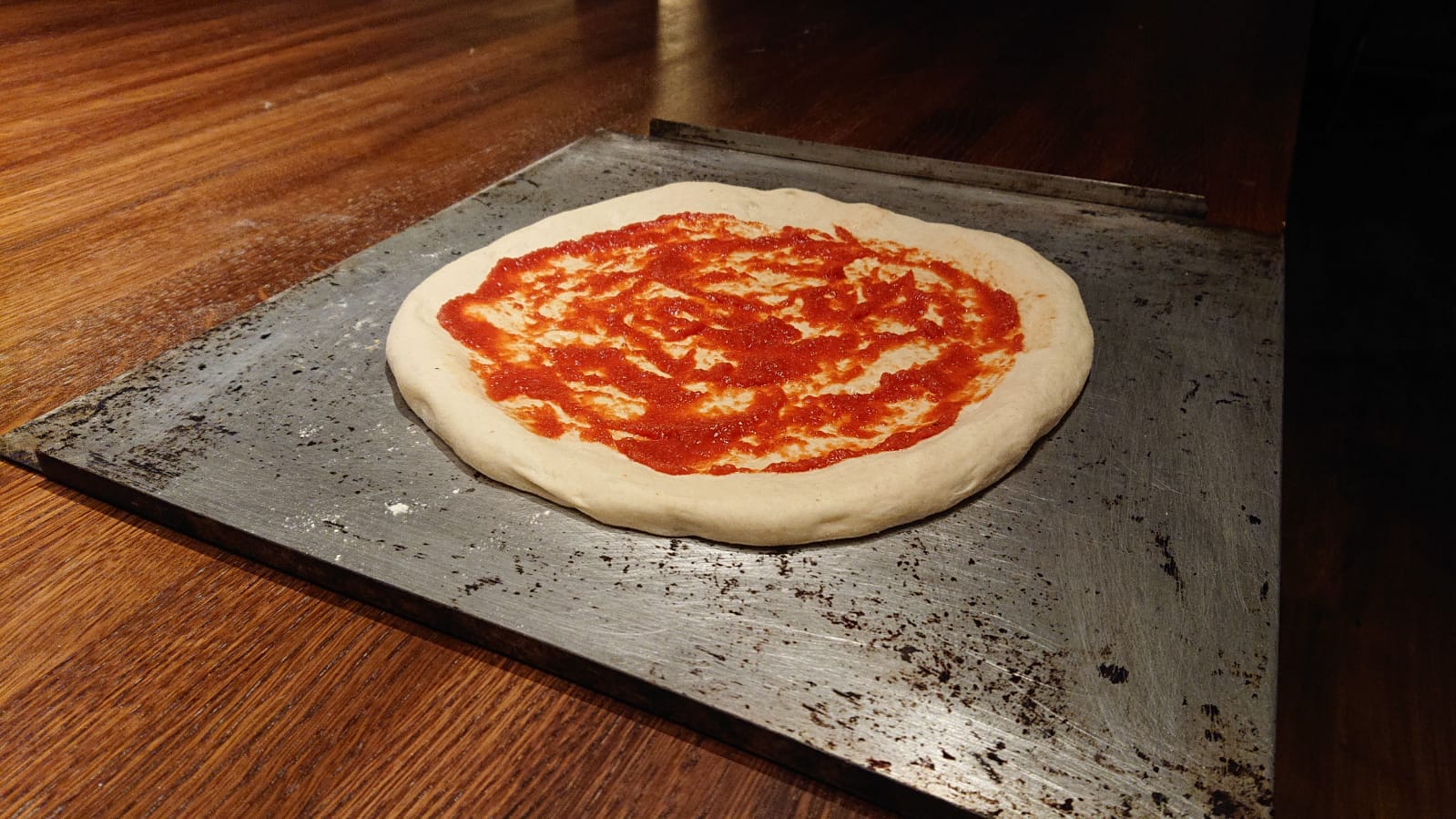 At that point, you're going to have to make choices. I won't tell you what you should put on your pizza, but I can describe my favorite one though, which has (put on the pizza in that order)

Drizzle the rim with olive oil, which will give it a nice golden color at cooking time. 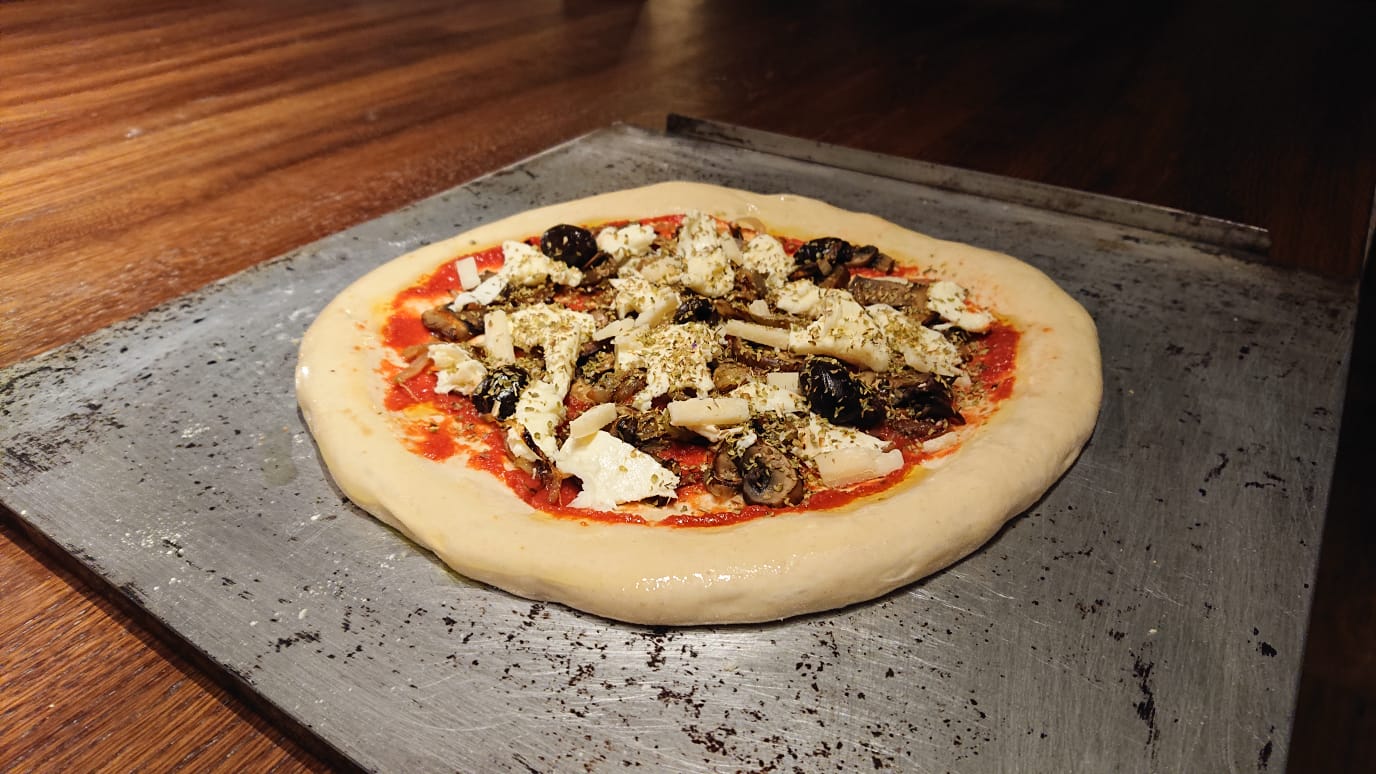 When your oven is hot, cook your pizza for about 8 minutes.

The rest is on you. 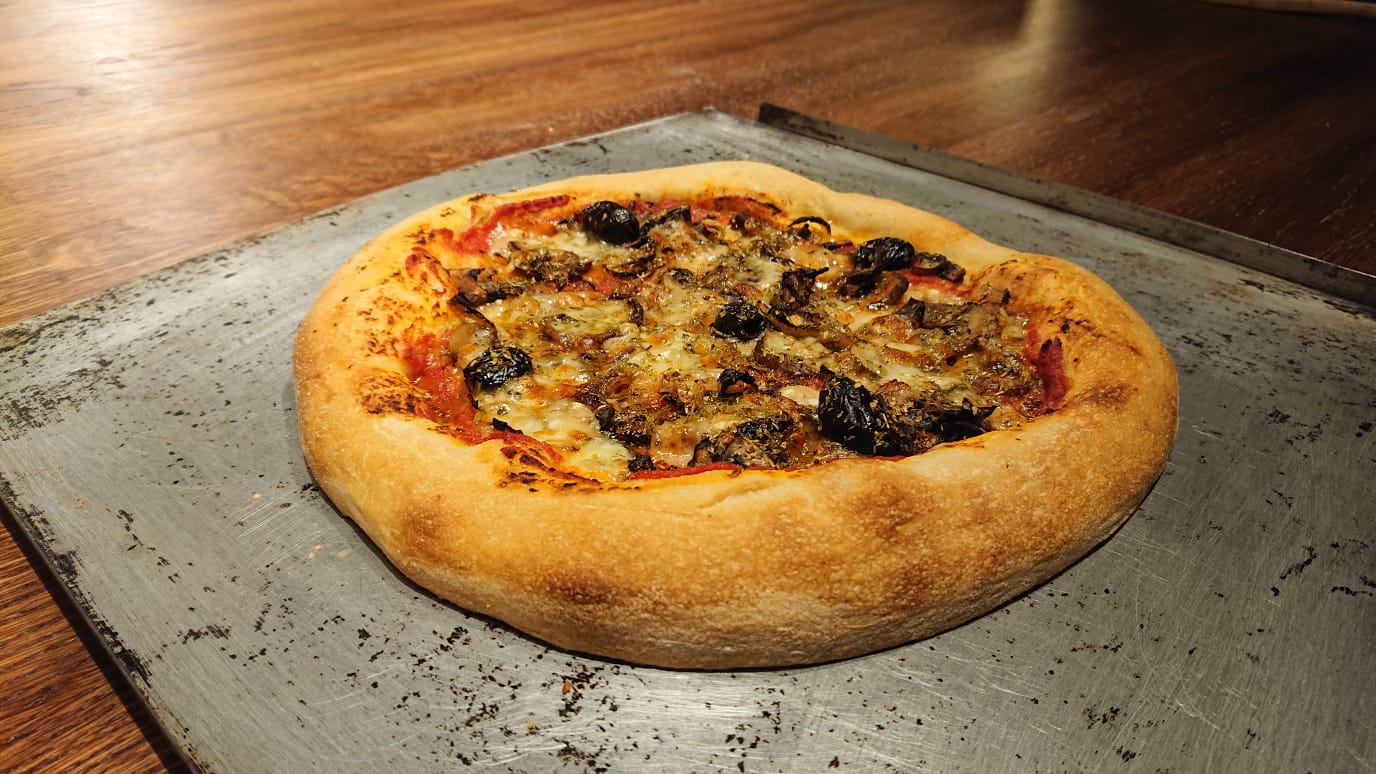