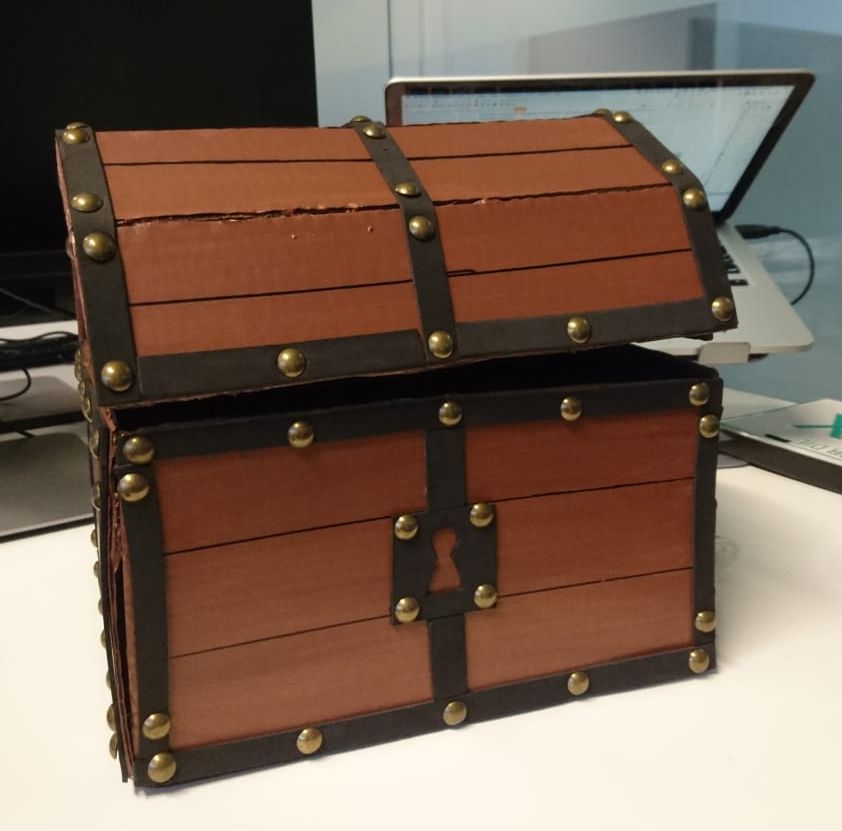 You know how everyone wants their proposal to be special, thoughtful, original, and above all, wants to avoid being cliché? Well, I wanted all that. I also wanted it to be DIY and geeky. With all that in mind, and because my SO is such a Zelda fan, I decided to propose to her by having her open an Ocarina of time themed treasure chest, which would light up from the inside and play the famous music when it opens.

I started googling for instructions for a DIY Zelda treasure chest and found this perfect tutorial. Now, being perfectly honest, I have to admit that I'm not a very gifted craftsman. The idea of making a chest myself from wood got me a little worried, as I felt that I really needed to be precise and prepared, whereas I tend to lean to the more yolo side of things.

To that end, I started by creating a 3D model of the chest itself, using FreeCAD, which I had to learn from scratch, by using the dimensions (in imperial freedom units) from the instructables tutorial. 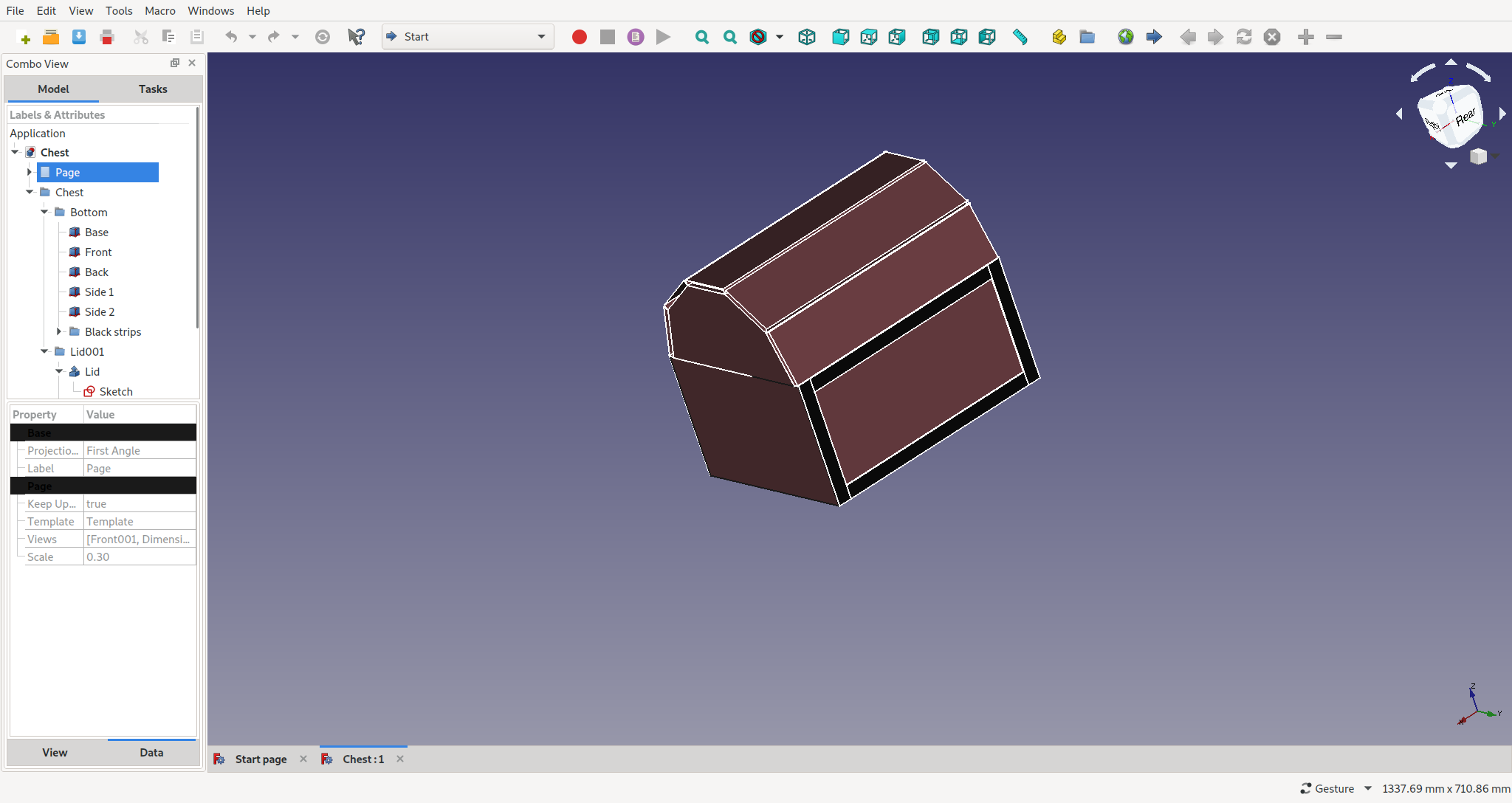 I finally ended up with something looking pretty good, that I could export to a plan with precise dimensions reported in mm. 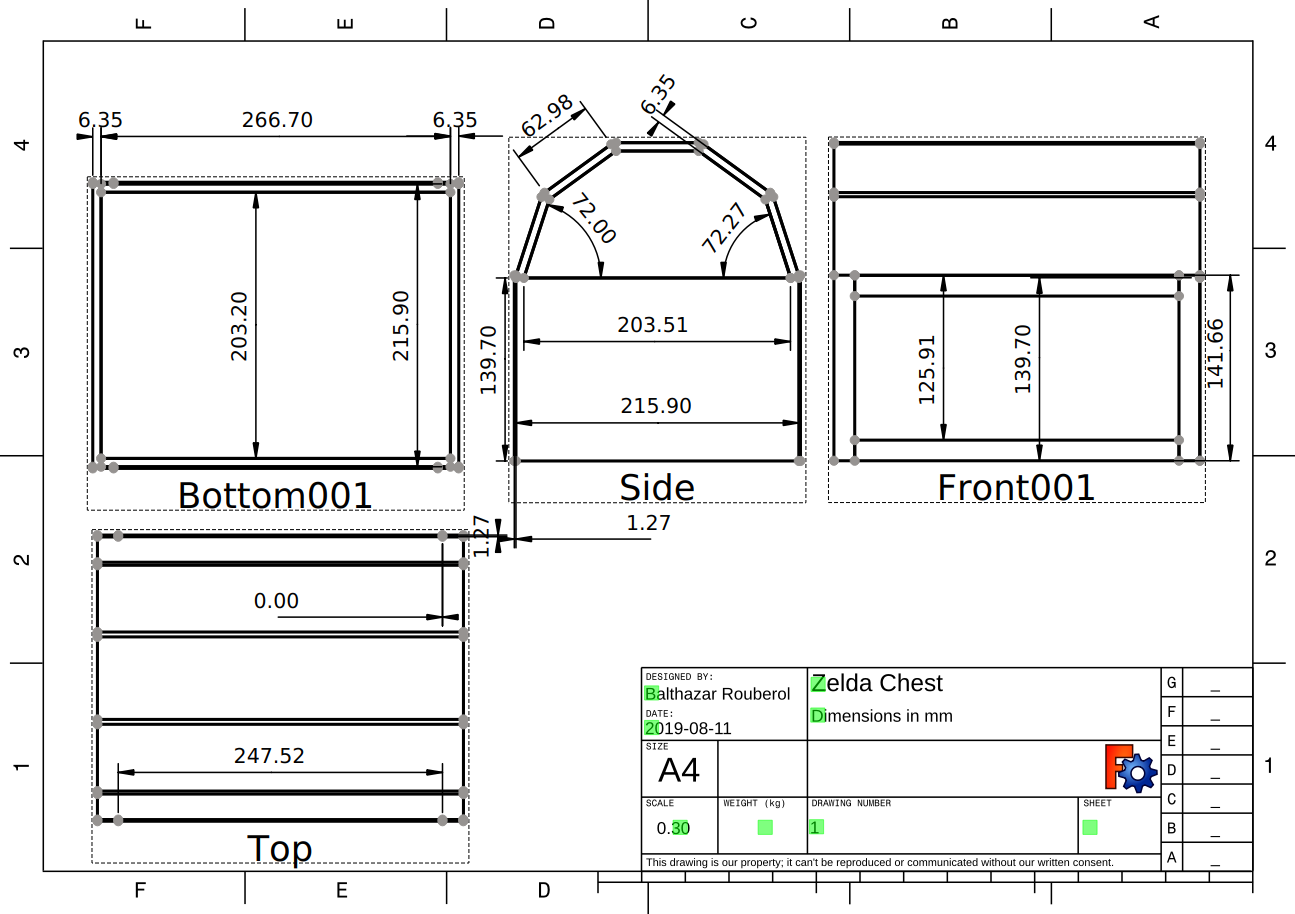 The easy part was now done, and I needed to get to the actual building phase. I found a fablab in my area that looked pretty nice, but I couldn't find enough time to sneak around there and actually get to it. Time passed, and I one day noticed a big stack of cardboard lying around in our flat. I finally decided to make the chest out of cardboard instead, as it'd be easier to work and iterate with.

I followed the plan as best as I could (and improvised a fair amount), and ended up with something looking quite good! 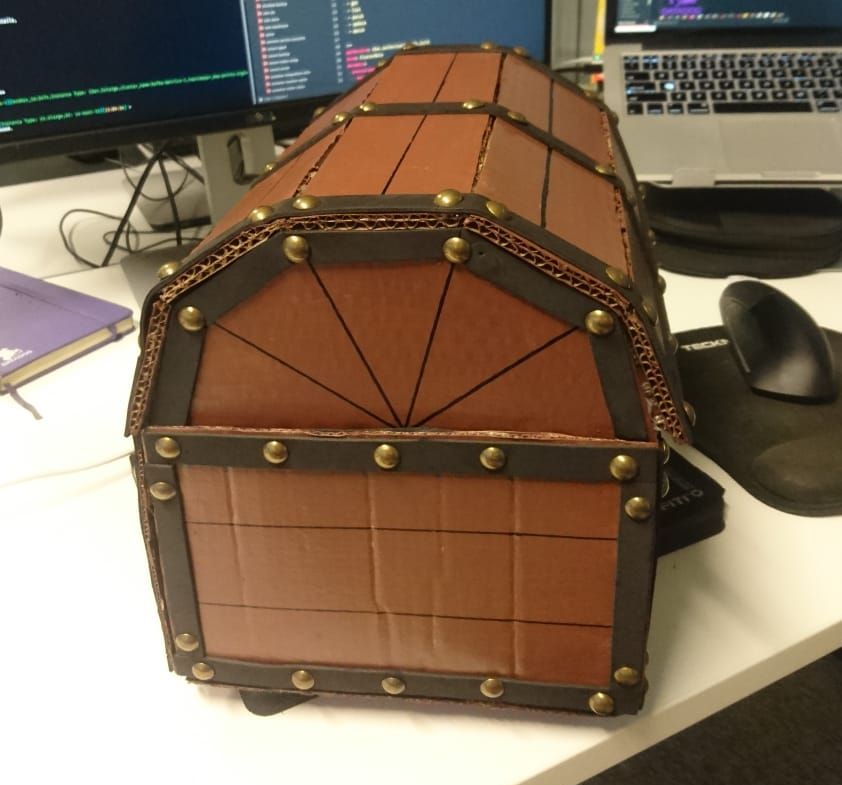 At that point, I had a nice looking chest, but I also wanted music and light to beam out of it when it was being opened. I investigated a setup based on an Arduino with external speakers, a lever switch and an external LED for a while, but I soon realised that my phone was all I needed to make it work! All I needed to do was write an app that would play an mp3 and light up the phone's LED when it detected an ambient brightness increase. As the brightness sensor needed to face upwards, that'd mean that the LED would face downwards and beam the light towards the bottom of the chest. I decided to put a small mirror in the chest, and go with that.

I taught myself Kotlin and Android development on Udemy (thanks to Datadog for providing employees with an account!), by following Kotlin for Android: Beginner to Advanced, by Devslopes, which I can't recommend enough. I ended up with that small application installed on my phone.

One issue that I encountered was that Android does not give you any API to ask the brightness sensor for the current brightness value. All you can do is be notified when that value changes.

This is unwieldy as all the app can do is detect if the ambient brightness crosses an absolute threshold, which itself depends on the time of the day, the ambient light of the room, etc. I investigate whether I could light the LED up for a couple of seconds, then turn it off, to force the sensor to pick up some changes, to approximate the current brightness inside the chest. In the end, it was easier to just cover the inside with black foam to make sure the phone was in pitch black darkness.

I was finally all set.

The ring was a ruby, obviously.

Oh and she said yes!